Dr. Eugene Sheehan is Dean of the College of Education and Behavioral Sciences at the University of Northern Colorado, a position he has held since 2000. As Dean he is responsible for the administration of one of the largest education programs in the Rocky Mountain Region of the United States, with about 100 full time faculty and about 3,500 teacher candidates. His college is fully accredited at all levels: national, state, and discipline and has earned several awards for academic excellence, including the prestigious Christa McAuliffe Award for Excellence in Teacher Preparation from the American Association of State College and Universities.

Dean Sheehan received his undergraduate degree from the University of Dublin, Trinity College, Ireland. He has Master’s degrees from Trinity College and from the Queen’s University of Belfast. His doctorate is from the University of California, Santa Cruz. He is a tenured professor in the School of Psychological Sciences. His academic background is social and industrial psychology. He has been recognized for excellence in teaching and research, earning the University of Northern Colorado’s Distinguished Scholar Award. He has worked collaboratively with several universities around the world. In 2011 he received an Honorary Doctorate from Burapha University. Additionally, he has given keynote addresses at important conferences around the world.

Prior to his career at the University of Northern Colorado, Dean Sheehan worked as a personnel psychologist for the Irish government and as a vocational evaluator in California. 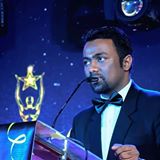 The Scientific Committee consists of the experts in the field from many different countries in the world. The Committee Members evaluate your abstracts and provide insights to improve those further. According to the final decision given by them, you would be able to process further tasks for attending the conference.

BE OUR SESSION CHAIR

Write to Ms Maheesha Dilshani : maheesha@tiikm.com with your short bio-data